The Good Ol’ US of A

Earlier this summer I got the chance to sit down with Carl Gunhouse in Greenpoint and talk about his work documenting modern American landscapes. His questioning eye picks up on the realities of living in the US during the early twenty-first century and his patriotism, liberalism and desire to find compelling beauty in corporate America show through in every frame. I had a great time hashing out the details of straight photography and drinking endless amounts of tea with him.

Abigail Smithson: What inspires you to make images?

Carl Gunhouse: I don’t know. You end up being a photographer in some way and it gets to a weird point that when you are not shooting you feel guilty about it. It’s what I end up doing compulsively. I don’t feel good about myself if I am not shooting regularly. It’s a compulsion/guilt thing, on a very baseline level. Clearly the subject matter becomes in itself self-propelling, where I get very excited about the things I am photographing. But on some very deep seeded level, it’s just what I do.

AS: Can you define straight photography?

CG: I feel that you’re asking this means we’ve hit a really good point in the history of photography. But I think it was a common way of referring to a more traditional style of photography. One that, say, wasn’t staged to appear like a spontaneous moment like Gregory Crewdson, Philip Lorca diCorcia or Jeff Wall. Or wasn’t relying on a great deal of art theory to understand the picture, like, say, Christopher Williams or Cindy Sherman. It’s like describing a musical genre, where whatever you say, it will still be open to debate. But I think straight photography refers to pictures that inherently react to the world in an immediate way and rely on what is in the picture to communicate what the photographer is trying to say. 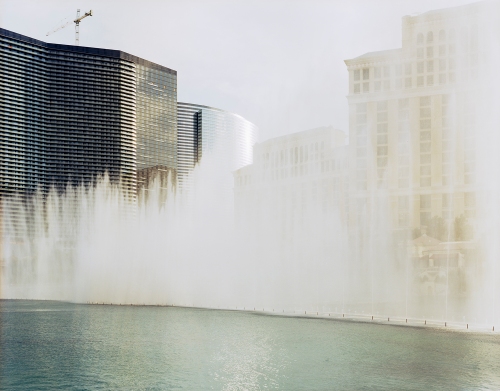 AS: How did your America project develop?

CG: I feel like a lot of the work I have done strives to say something about myself and is illustrative about how I was feeling. And I have always been a news junkie. I like political talk shows on Sunday and I am a very big fan of the New York Times editorial section. It felt weirdly that I had backed into work that was very much about me and my general interests of the world. I started photographing stuff that was more politically tinged and more about America. At the time I was dating a fellow photographer and she was from Nashville. She was driving back and forth between Boston and Nashville. I ended up just going on road trips. It was always something I wanted to do in an abstract romantic sense. It came together. By the second trip, I believed there was work to be made about America in a much bigger way than I had been doing. Like most projects, I shot dumbly just hoping that something would come together. It snowballed into something that made sense about who I am as a person and hopefully said something about the US. I was trying to be political and critical. I was just trying to take pictures about America and hoping that when I sat down and edited stuff it would make some sense together. And hopefully it did. 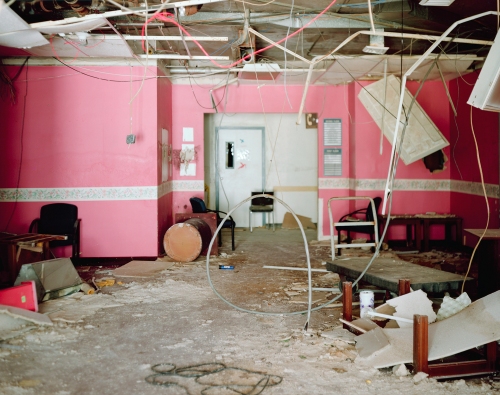 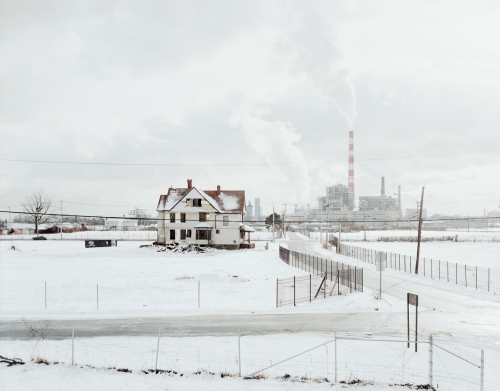 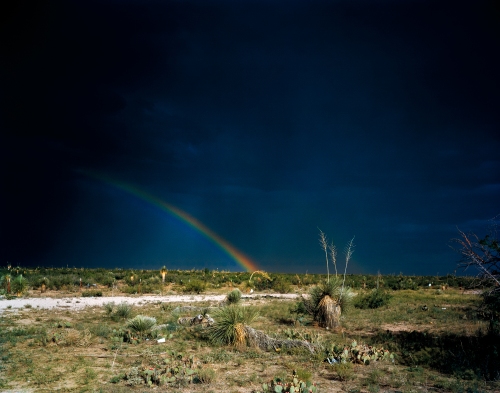 AS: The America series ends with a rainbow on both your site and in your book. That is an optimistic, hopeful ending.

CG: But there is a dark void behind it! So I think of it as a cup half empty, cup half full. In editing the book, there was a lot of talk of whether that should be at the end or not. I think my initial instinct was to have more of a bummer ending but I was talked into having a little more of an open ended, possibly happy ending.

McCafe, on the way to Indianapolis, IN  © Carl Gunhouse 2011

CG: The visual beauty is important. I find making visually compelling images to be paramount in all of this, making things seductive. But I am not a fan of McDonald’s particularly. Or giant billboards. Or advertisements. Or of consumerism in general as an abstract thing. I found it enjoyable to make seductive, attractive pictures of things I tried to be critical of, especially when the whole economy fell apart. I guess it came at a point in my life where I felt the pains of adulthood pretty keenly. I make an okay living but not enough that I could buy a house or even at the time, a car. I was thinking “Where is my good stuff?” And with the economy imploding at the same time it felt like even if I had saved money I still wouldn’t be able to afford good stuff. And there were people who had lots of stuff who seemed to be continuing to get lots of stuff. The desire for things and for money, at least in 2008, led to all kinds of implosions. The desire for a house, or stuff in the 1950’s were commonplace rewards for middleclass living. They were now unattainable for most middleclass people. There was a certain frustration, at least for me at the time. Trying to make attractive pictures of corporate things trying to entice you, for me felt mildly subversive or illustrative of the problems. Creating a certain degree of desire for things that were unattainable and/or could lead to overspending or taking out a mortgage you couldn’t afford – it’s capitalism. It’s how the machine operates. I am not looking to overthrow it or anything. I am not against capitalism, per se. It definitely seemed to go unchecked to a point where things got really, really bad. ButI am not above it. I have a big TV. I like my big TV.  I am not outside above these pitfalls and problems.

I think, as I have gotten older I have become more comfortable making straight photography. But I think there is always that worry, and I think it is a good worry to have, about making self-indulgent work, that is just enjoyable for me and/or for an isolated, specific audience that also likes straight photography. It is important to keep in the back of your head that the point of all this should be moving the ball forward, or should be contributing something new or different to the conversation. And I am not sure I always do. I am always trying to make the best work that I can make and the work I am most able to make. But these are worries about being a straight photographer. 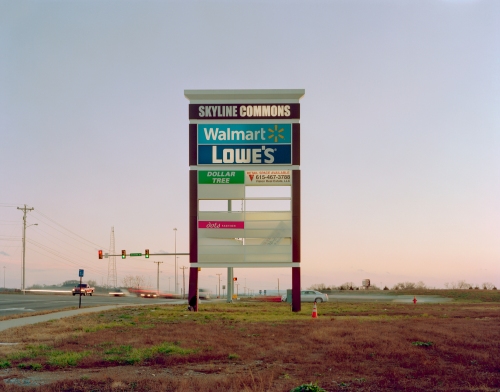 AS: Is it more important to create an image that lasts over time or one that is extremely relevant when it is made?

CG: I hope very specifically to have done both. I have tried to transcend that specific time. You are playing a weird game there. You obviously don’t want the pictures tied to a specific event and have them to be timely in the sense that they won’t have any meaning in ten years. That was the dance that became interesting to me photographically. How to capture a very specific time and place but at the same time make images that don’t cease to be important or interesting once that time or place has been forgotten, or the context is lost. 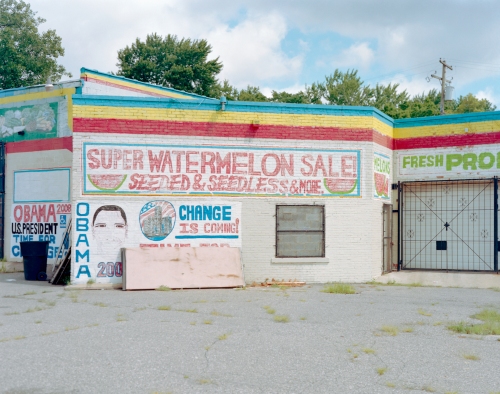 To see more of Carl’s work, check out his website and his blog The Earth is Flat. To read some more of his thoughts and reviews, check out his other blog Searching for the Light.