On Society and Things

When I came across Matthew Gamber’s work, I was first struck  by…. a chandelier (don’t worry, I wasn’t hurt.).  And maybe, it’s just because I have always wanted one of my own but I was also impacted by how still and contemplative the photograph was.  There was a delicate simplicity to this image of such an ornate and decorative object.   Once I started researching  his work and talking with him, I realized how much concept was behind every single frame.  And that while his images are striking in their starkness, there are countless choices behind each one (from the technical decision to  completely desaturate a colorful scene to conceptual-based commentary on the relationship between the sciences and arts). These choices all lead us to a better understanding of “why”.

Abigail Smithson: When I first saw your work I responded to the visual without knowing what the concept was at all. Is this what you hope for or do you believe that the story behind your images are just as important?

Matthew Gamber: The photographs I make are often a response to types of pictures that already exist. I have tried to consider how certain images can resonate with viewers even if the subject matter of the photograph is not readily apparent. The concept is really just a different kind of storytelling–an attempt to describe our varied responses to photography. 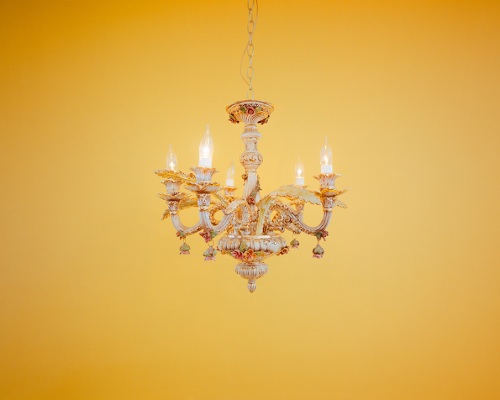 AS: Do you want to create a beautiful image?

MG: My goal is a for well-crafted image that has the intended effect–regardless of whether it is considered beautiful or dissonant.

© Matthew Gamber  “Bluebird Exhibit” from Any Color You Like

© Matthew Gamber “Green Parsley” from Any Color You Like

AS:  Do you write out a full concept first and then go to work or do you make some of your images first?

MG: I have been an educator for as long as I have been a professional artist. Many ideas for projects have developed from what began as research for class lectures. Reading and writing are often a byproduct, and the process encourages thinking about the different ways photographs interact with our perception of history.

AS: In the work Basic Ingredients of a Complex World, are you making a comment on the way the world has developed and how art has manifested itself in relation to the sciences–how we choose to see the world and where art fits into that view?

MG: Just after the Second World War, C. P. Snow gave an influential lecture on what he called the Two Cultures. This lecture was a warning against the growing separation of the sciences from the humanities. This separation, he thought, was to remove the totality of Western knowledge from itself. Photography, with its crossover between the science and the humanities, had long been a bridge for both cultures.

“A good many times I have been present at gatherings of people who, by the standards of the traditional culture, are thought highly educated and who have with considerable gusto been expressing their incredulity at the illiteracy of scientists. Once or twice I have been provoked and have asked the company how many of them could describe the Second Law of Thermodynamics. The response was cold: it was also negative. Yet I was asking something which is the scientific equivalent of: Have you read a work of Shakespeare’s? -From C.P. Snow’s Two Culture lecture, 1959.

AS: In your own opinion, do you feel that this disparity has grown? What is your take on the relationship between science and humanities and the importance of both?

MG: As the humanities are slowly reduced (or worse, removed) from education at all levels, this disparity has grown. Were Snow to give his lecture today, he might call it the Two Ideologies.

AS: Your images show complexity in concept while visually being slightly more simple. How does your concept match your content?

MG:  As a teacher, you learn to deliver ideas in a distilled format. The work I have made over the last decade is informed, reducing documentary to an author-less ideal. This activity is reductive; the result manifests as a type of abstraction.

AS: How has your work evolved since you began studying photography? Has it always been so rooted in concept?

MG: I think anyone who makes photographs adopts a position, whether they are conscious of it or not. When asked what kind of photographer I am, I respond that I am an “academic photographer.” Were I a better writer, I would just type out my ideas in words rather than making pictures. 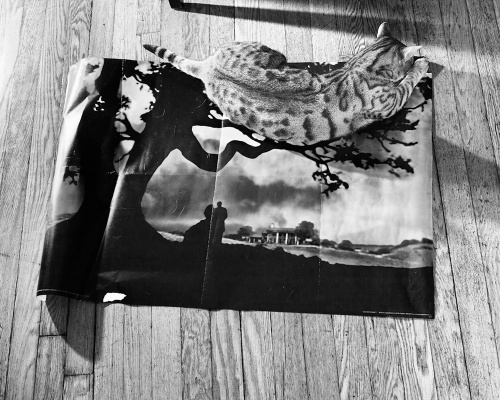